Skip to content
Previous Next
The Mountains Beyond | Couple’s Session 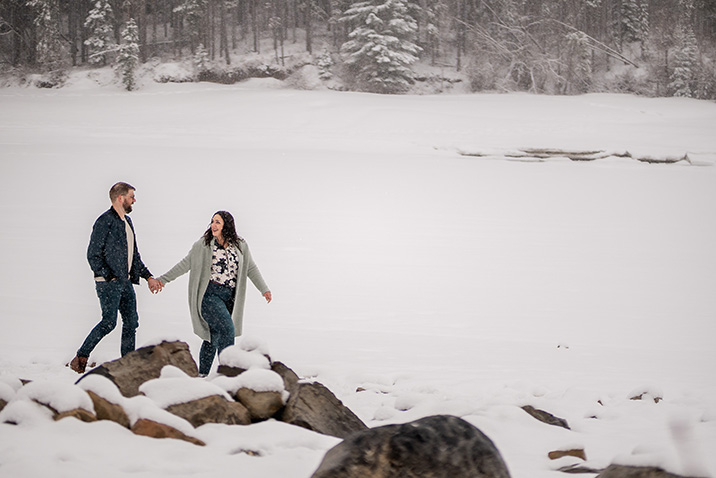 We plan. We hope. We expect. At the end of the day, there are a million things we can account for… and two million we never expect. This is true for anything in life. Our session with Adriana and Ryan wasn’t the one to break the rule.

We had planned to hit up Kananaskis for their “engagement” shoot (couple’s session). In our plans (and the weather network) the day was set to be one of those amazing warm and sunny spring days. We showed up a day before the shoot to scout some locations and got some mindblowing sunsets. We were so excited to shoot with Adriana and Ryan the next day. However, if you’ve spent some time in the mountains, you know that they can be VERY moody and these beautiful stone giants had different plans for us.

When we woke up the day of the shoot, the weather had shifted from +18C to -5C overnight, and thick clouds covered everything in the distance. As we drove from Banff to Kananaskis our worries increased as big, wet snowflakes kept drenching everything in sight.

Adriana and Ryan showed up at the lake and clearly, they had also planned for different weather. She was dressed in a light sweater and he had a thin bomber jacket on.  We could tell they were a bit hesitant and not overly stoked about the weather that day.

It wasn’t long after we started shooting and posing them with their cute little pup that we all realized that even though the weather wasn’t perfect… the moments were nothing short of a dream. It was incredibly easy to capture how much love and fun these two have together. The whiteout conditions made the perfect backdrop to highlight Adriana and Ryan in a world where only THEY exist.

Even though they weren’t visible, we knew they were there — the mountains beyond the fog. We even got a glimpse of them at one point. This was the perfect example of how even though things might not be exactly as planned, there is something bigger beyond. Something better. Something special.

Check out some of their shots below! 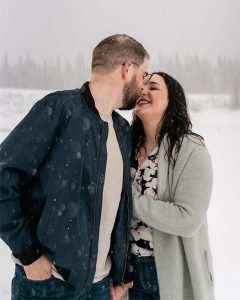 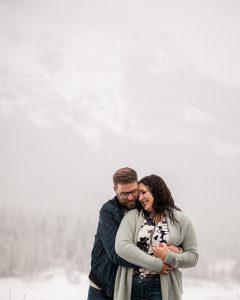 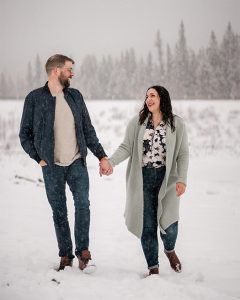 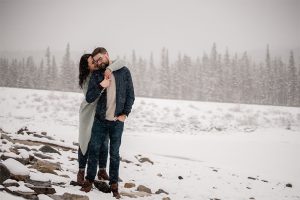 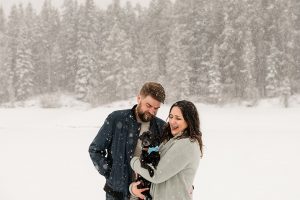 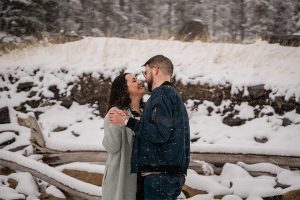 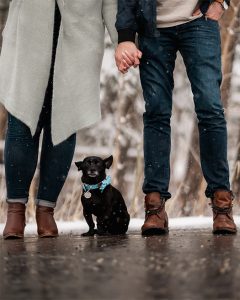 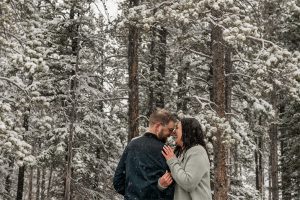 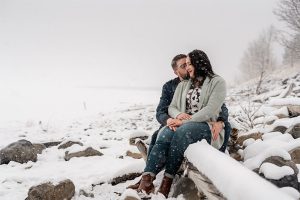 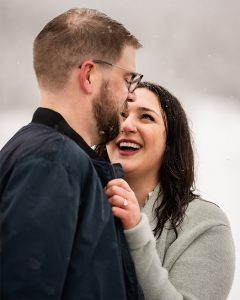 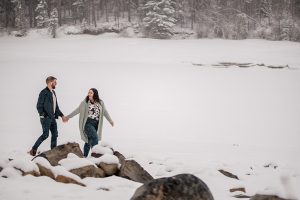 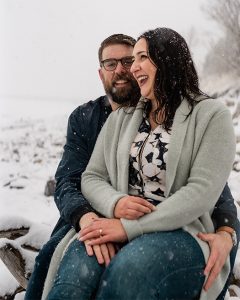 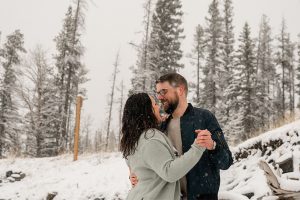